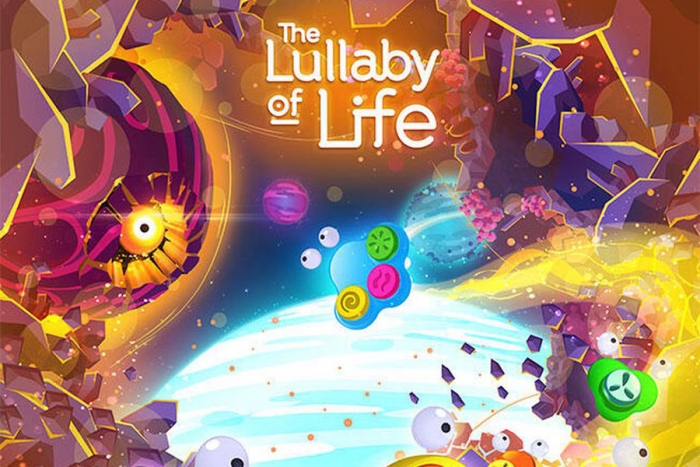 A glimpse at the creative process behind The Lullaby of Life

At the end of July 2020, The Lullaby of Life arrived at the subscription service Apple Arcade. If you already had the chance to try it and you were left with doubts, or you just want to know more about how this game was created, we will tell you a little about the creative process behind it.

The philosopher Friedrich Nietzsche used to say that “without music, life would be a mistake”, and in the case of The Lullaby of Life, life without music wouldn’t even exist. Although the story and setting are deliberately ambiguous to give place to the player’s interpretation, we can tell you this.

As the game’s description on Apple Arcade says: “Explore this amazing world that combines relaxation, dexterity, and agility, and help it reach its full splendor by using the power of music to make life bloom”.

But how was this concept reached? As a result of the Global Game Jam 2017, with the theme “waves”.

Now we will give you the perspectives of some members from 1 Simple Game involved in the development of The Lullaby of Life.

This is from the experiences of Paredes, Lead Artist. Silvacho, Art Director and Román, Creative Director.

Pare was the only one from the three of them who was present at the Jam where the basis for Lullaby was laid. He made some enemies for that first version. When the complete game was in development, he was in charge of redesigning some characters, exploring a big number of possibilities.

Since the protagonist is a magical/mythical/cosmic entity without many defined characteristics, abstract figures were used. Faces without many features maintain a level of ambiguity. Some of the most fun parts of the process were reinterpreting the main character and looking for its best version.

Some of the references for the characters’ symbols were Sumerian carvings or ideograms like the ones used in the Chinese and Japanese languages.

Some of the most difficult characters to make were the Elders, but they were perfect to make some creative workflow with several members from the Art team.

Given the undefined shape of the characters, to create them he imagined them like clay, and while drawing them they “came to life”, without imagining them completely from the beginning.

Silvacho joined the project when the concept already existed, but not its execution. He had a lot of creative liberty, so he could explore different styles to find the best fit.

Some advice that might prove useful: “First make the level that is closer to your general vision for the game”. In Lullaby’s case, it was the third one. If you have already played it, you might understand why, if not, let’s say that some of the most important mechanics from the game are there.

One of the references for the graphic elements was the YouTube channel Kurzgesagt.

Besides creating life, this game wants to take you on an emotional journey from chaos to peace.

Román had seen the prototype created for the GGJ before joining the studio, and he had the chance to take it in a new direction and give it a very thought-out background, in themes as diverse as Chemistry, Music, String theory, and some mysticism.

We can’t get into details about the exact theories that the game touches, because it might ruin the experience a little, but it’s highly likely that you have caught up on one while playing, or even looking at images.

Besides that, his main task was designing the game’s levels and their respective puzzles. To create these, some games that inspired the team were Portal or The Witness. Broadly speaking, there needs to be a road, an obstacle and a solution to be found.

The Lullaby of Life has been available for a year, and it had an important update where the new “Playground” mode was unlocked, with a new map with different challenges and new hidden characters.

This project has been very important for 1 Simple Game, the melody of life is definitely not over.