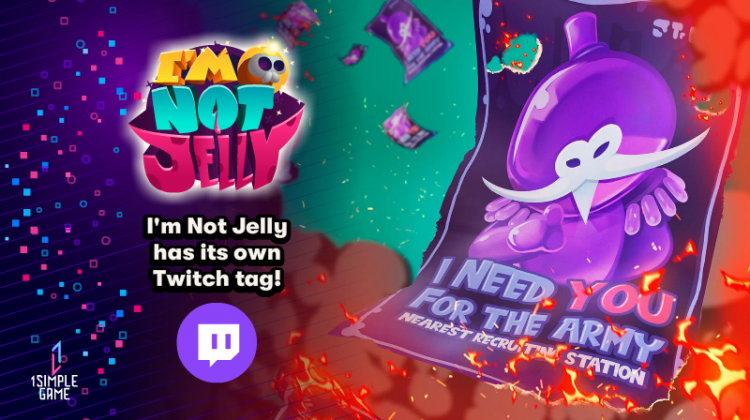 Some months ago, when we announced I’m Not Jelly, we uploaded a Playtest version of it to Steam. Even though it’s a very early combat test, the comments that we have received are quite positive, and have helped us to improve several aspects from the game.

We’ve been lucky and some streamers have played our game on their channels, even though at the beginning they had to use tags such as “roguelike”, so now we have our official I’m Not Jelly tag for Twitch.

If you or someone you know want to stream I’m Not Jelly, feel free to do it, and to reach out to us through your favorite social media page so we can try to see your stream and answer questions you might have.

We will keep working hard developing the game, the trial version currently online will change a lot for the final release.