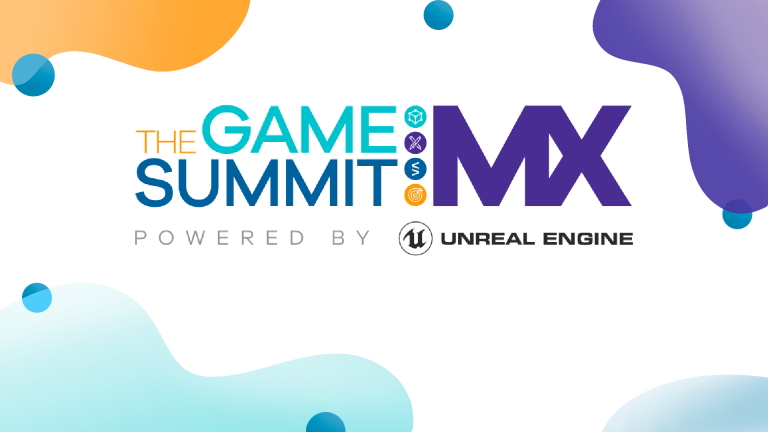 This time, we’re going to tell you about an event where 1 Simple game had the honor of participating in charge of design and visuals: Game Summit.

The first edition was held at the end of November 2019 at Centro Cultural de España en México (CCEMx), Mexico City. This event came to be from the need of having more specialized knowledge about videogames in the region, in Spanish.

Inspired by big conferences such as GDC in San Francisco, some professionals from the region such as Antonio Uribe, Arturo Nereu, Guillermo Vizcaíno, and Óscar Noriega (RIP) wanted to bring to Mexico a series of talks and the chance to get together that was unattended in the country up until then. The event would be focused on developers, not to have business meetings, but to learn and share experiences.

Our Director, Ovidio Escobedo, was also part of the coordination team for Game Summit and remembers fondly the guests and participation there were. This was organized “to and from studios, to form a mixup of our collective knowledge”.

He also recalls that the biggest complication was convincing guests and sponsors to trust the project, being a new event and all. However, over 40 Mexican studios participated. Some of them said “we finally meet in Mexico”, because this kind of event was regularly held in other countries.

Game Summit was an effort to connect the national community. Only one of the talks was held in English.

For the 2020 edition, the event was completely digital, given the health circumstances.

We’re very excited to have an in-person event such as this again when it’s possible to do so.

If you’re interested in those game development themes, we will invite you here.