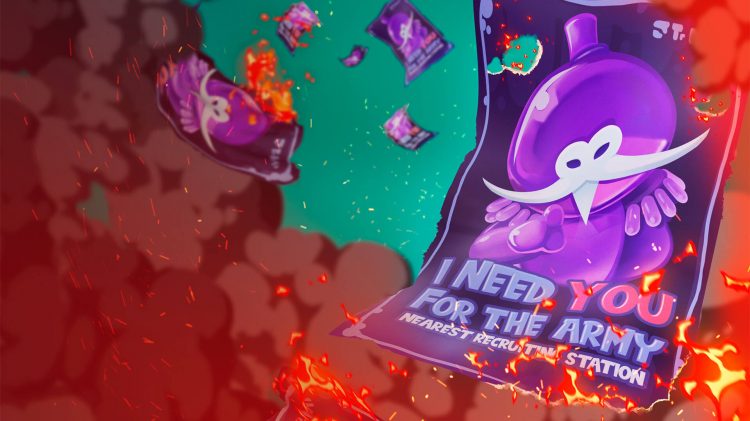 We were dying to finally share our next project with you: I’m Not Jelly. Now that we’re finally showing things about it and presenting it at events, we couldn’t waste the opportunity to write about it on our blog.

We’re aware that as a player, you expect that a game convinces you before investing in it, so we will be posting more information, images and gameplay, through our social media channels constantly during development, and we would love to have your support or that you share it if you like what you see. We’re mostly on Facebook, Instagram, Twitter & Discord.

“Conquer different planets at war by hacking and slashing through plant foes in roguelike style missions. Watch over your mothership to unlock, upgrade and customize Jelly characters for accomplishing objectives and defeat powerful bosses!”

But we can tell you a couple of other details, direct from some members of 1 Simple Game involved with the game’s development. For example, that this isn’t the first iteration, but it has had changes in visual style and even in the genre.

With I’m Not Jelly we will make an action game for big platforms, with a strong pillar of humor that you will see little by little.

Some references we had for this game are Hades (and other titles from Supergiant Games) or Hob, and visually TV shows such as Rick & Morty and Invader Zim.

If you want to play I’m Not Jelly, you can register free of charge for the Playtest directly at Steam, and add it to your Wishlist. This very early test version is for you to have a better grasp of what the gameplay is going to be like.