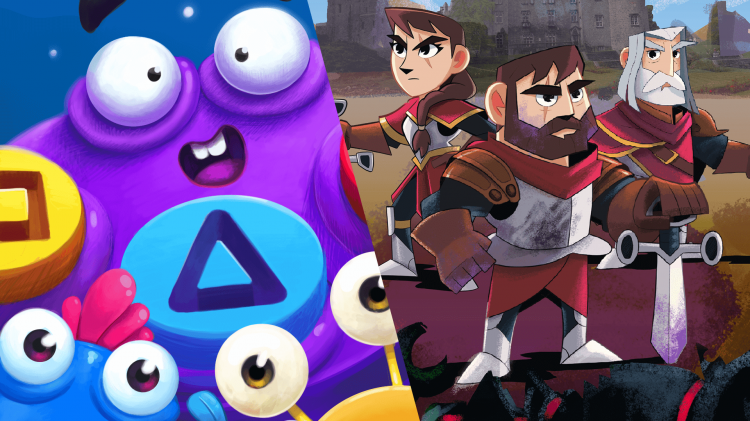 Hi everyone! It’s been a couple months since we have updated you in what’s coming from 1SG. We have 2 upcoming projects and we can’t wait for the world to play them.

First stop is Deus Cult. Deus Cult: a sacrifice based puzzle game set in a pre-apocalyptic world. While Mucho Taco is all about the glorious joy tacos bring to the world, Deus Cult goes in the opposite direction: a dark game about the impending Armageddon and your job as a cult leader whose job is to carefully manage your “tributes”: Money, Faith, and Blood of the impure. Gameplay is divided into small resource management puzzle, with each level requiring meeting certain goal.

The game is based on a Global Game Jam 2016 project -which you can check out right here: https://globalgamejam.org/2016/games/deus-vult-0 At the time we felt we needed a game with a much different vibe from what we worked on before as a palette cleanser. Being “Ritual” the theme of the gamejam we decided to focus on the occult idea behind “ritual”, we developed the foundation of what it would later become Deus Cult.

The next thing we have been working on is on a PC / Web version of Mucho Taco! We couldn’t be happier with the response worldwide for our taco clicker and we wanted to bring the world to more screens. We all know that idle games are great for having the running in the background while you do other stuff, and the desktop environment lends itself to this.

Now you will be able to play on glorious widescreen, or have it snapped to the edge of the screen so you can take care of your taco empire while you work on your Q4 sales report. Mucho Taco for the PC and Web will be available soon.

Finally, we have 2 early stage games we are working on: Lullaby of Life and Knights VS Robots. While both games are still at a very early stage of production and many things can change, we can share that Lullaby of Life is being develop as our first console release and Knights vs Robots will iterate on some of the concepts from Mucho Taco and it will be a much deeper experience. We’ll be updating you one how the games are coming along in the next few months.